Introduction The United States Army Construction and Engineering Research Laboratory (CERL) contracted with Manta Industrial, Hammond, IN to conduct field demonstration and implementation of a cost-effective lead-base paint encapsulation procedure for the protection of steel structures, such as hangars, tanks, and bridges that contain lead-base paint using Rust Grip®. The maintenance and lead base paint encapsulation procedures include surface preparation, environmental protection requirements and paint application.

Rust Grip® is patented (Patent #5,695,812) as an effective abatement method of bio-hazardous material including lead-based paints, asbestos and rust. Rust Grip® is a moisture-cure urethane coating with special additives and resins. It is these additives and resins that separate Rust Grip® from the other moisture-cure urethanes and allows it to be applied directly over existing, firmly bonded paint or rust without any loss of performance. Since the greatest expense in the coating of lead-base painted steel structures comes from the surface prep (abrasive blasting, etc.) and the containment of that residue, Rust Grip® will greatly reduce the overall costs of the project. Rust Grip® was developed to withstand the harshest environments and has a history of excellent performance. 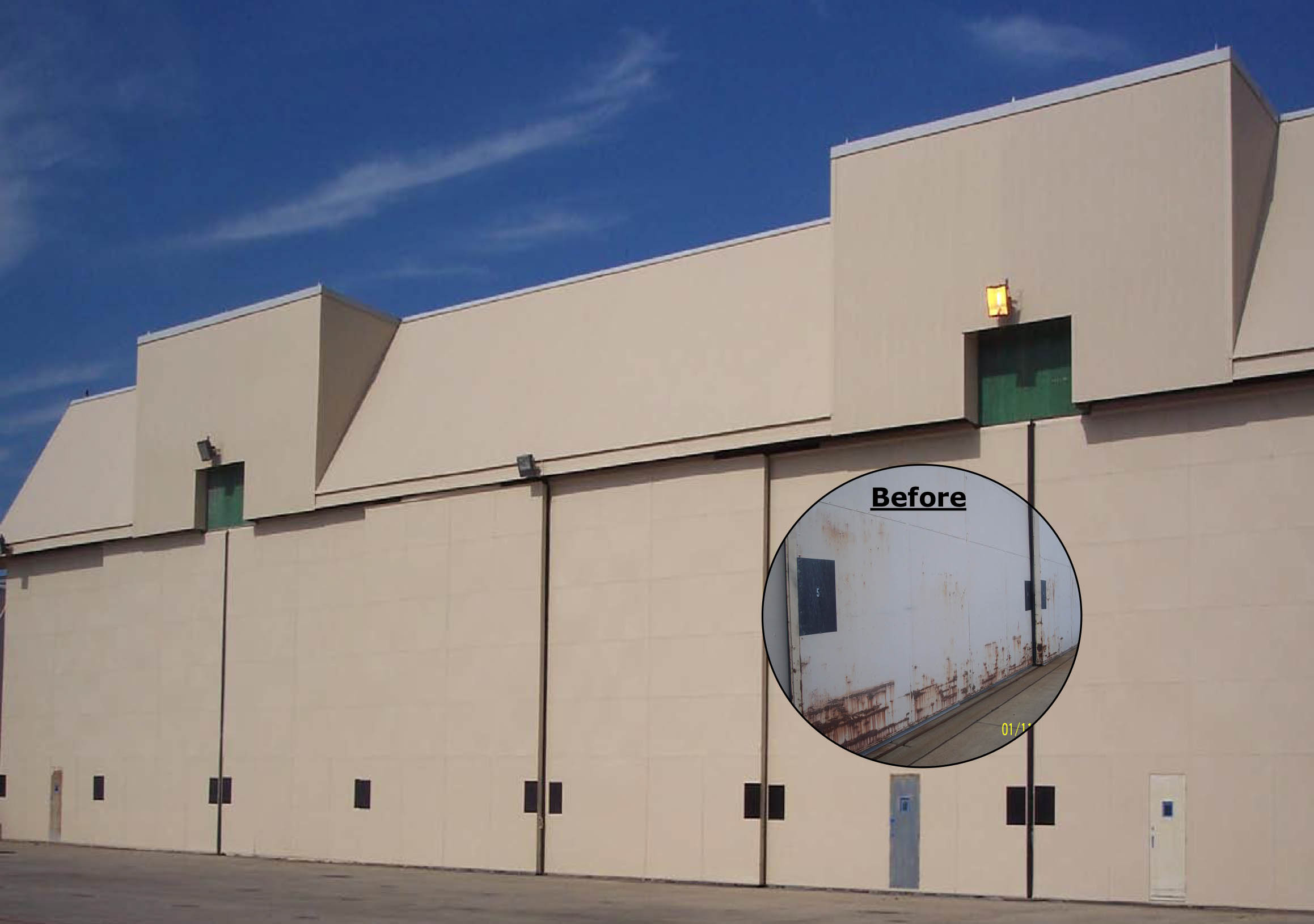 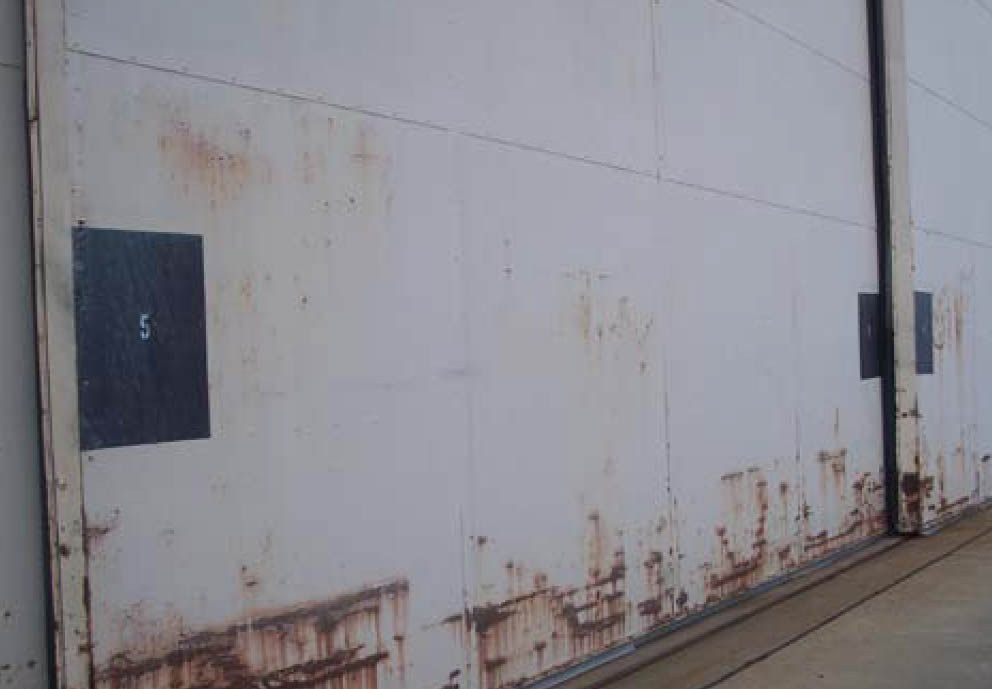 The Problem Lead-based paints (LBP) and primers have been used in the past by the Department of Defense (DoD) to protect steel structures from corrosion. LBP abatement and disposal is problematic because the removal of this paint creates hazardous dust and waste. The DoD owns about 2 billion sq ft of buildings coated with some lead-based paint and about 200 million sq ft of steel structures coated with lead-based paint, such as aircraft hangars, tanks, and bridges.

The Army owns 95,400 target facilities in the United States and 26,200 in foreign countries. The average age of these structures is 36 years; 90,000 were built before 1978 and probably contain lead-based paint. Furthermore, about 2600 of these facilities are on or eligible for the National Register of Historic Places, and require special procedures for preservation.

The removal of LBP is generally performed by abrasive blasting and abrasive blasting creates its own environmental hazard. Containment and disposal of surface preparation debris, worker protection, and other regulatory compliance costs combine to make removal of LBP very expensive. The residual waste from LBP removal often contains enough lead to be considered a hazardous waste, thereby requiring special handling and disposal.

Encapsulation and Protection COATING Rust Grip® is patented (#5,695,812) as an abatement method of bio-hazardous material including lead based paints and rust. Rust Grip® has passed ASTM E1795, which is the EPA product test for encapsulating coatings. One of the requirements of this test is that the coating last twenty years or more. The ability to encapsulate allows Rust Grip® to be applied directly over lead based paint without removal or exotic containment.

Rust Grip® is a metallic-based, moisture-cure polyurethane (MCU) and MCUs are a popular and successful group of surface tolerant materials. They have been recommended for use on many Corps of Engineers projects. The difference between other surface tolerant coatings tested and Rust Grip® is a surface coating does not have the solvent carrier to allow penetration into the pores of a substrate and to carry the body of the coating with it. A surface coating will simply adhere to anything above the pore area and attach to the profile or roughness on the surface. This works well in most areas until the surface of the coating is exposed to weathering and elements over time. This exposure increases the permeability of a surface coating and allows moisture (in the form of vapor or humidity), salts, and acids to penetrate into the pores of the substrate. As a result, corrosion forms and migrates under the coating itself.

In addition, the corrosion process creates off-gassing that causes pressure that may be as high as 1200 psi. Surface coatings, when totally cured, have only a surface tensile strength of 600-800 psi. Therefore, as pressure increases from the off-gassing, the surface coating will separate and lift from the surface exposing an already rusted surface underneath.

Rust Grip® is made with special solvent carriers that allow the coating to penetrate into the pores carrying the body of the coating with it. Once the body of the coating is in the pores, it begins to absorb the moisture from the atmosphere and gases itself or does a microscopic swell inside the pores. This action allows Rust Grip® to become part of the actual surface of the substrate, which is different than most all other industrial coatings.

When cured, Rust Grip® maintains an extremely low permeability which eliminates the penetration of moisture, salts, and acids and the opportunity for corrosion to develop. Also, because Rust Grip® is an aromatic urethane with a high molecular weight, it is extremely tough and resistant to acids. Its nonleafing metallics allow an encapsulation of the surface and add additional toughness and UV control to its surface. Because Rust Grip® hardens to a minimum surface tensile strength of 6780 psi, any pressure that may develop from any off-gassing from remaining rust on the surface is not sufficiently strong to cause RUST GRIP® to separate from the surface of the substrate. 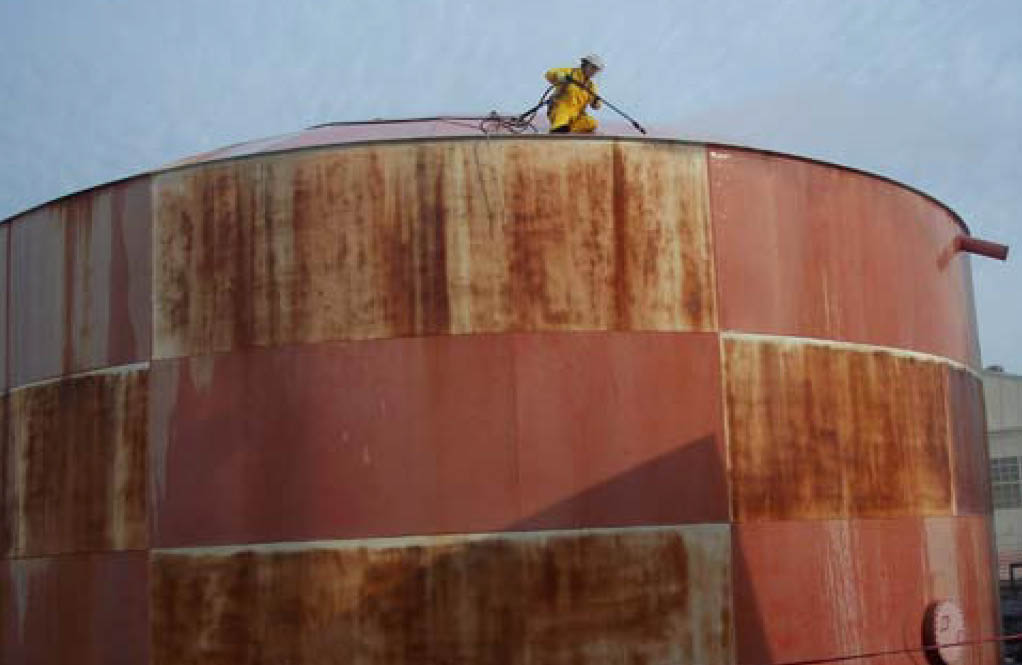 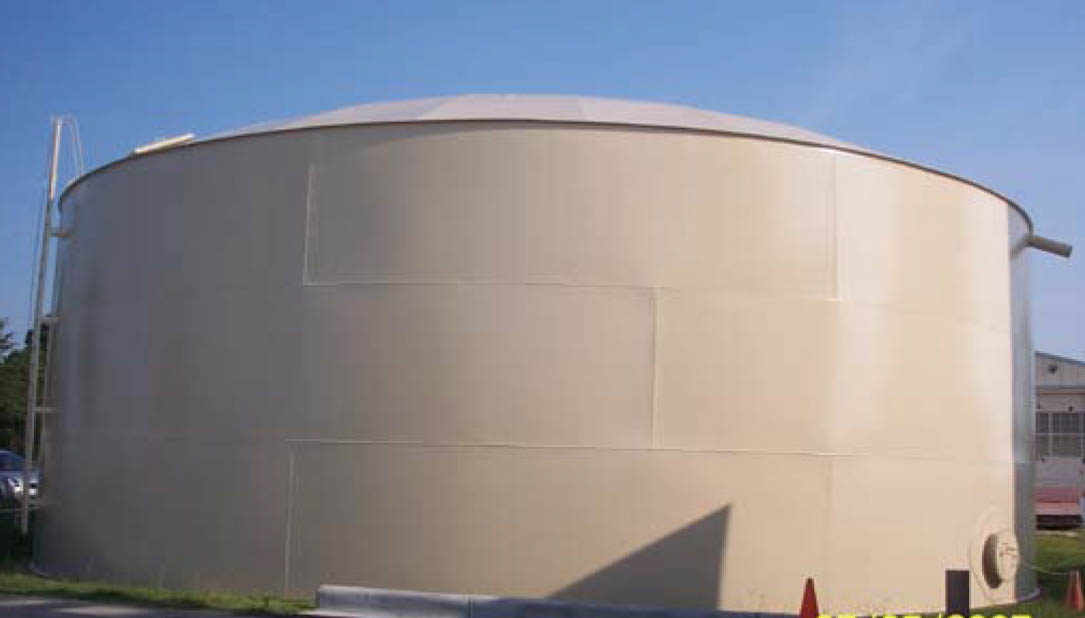 Rust Grip® requires minimal surface preparation and NO WHITE METAL SANDBLASTING, although any pack rust or scale (which will hold moisture) should be removed by a hammer or hand-tool. The surface must be free of all grease, oils, and salts and must be completely dry before coating. Any remaining tight rust or flash-rust will not cause a problem and, in most cases, is beneficial in creating a tough, durable coating.